More information
About an aerola reduction

An average areola is approximately 4,5 cm in diameter. A large areola can easily be corrected under local anaesthetic.

Sometimes a large areola goes together with the sagging of the breast. If you want to have a breast reduction or a breast lift done, the areola may be reduced at the same time to the desired size.

I couldn't recommend Beau Care enough. I was impressed, it was soo clean and nicely decorated, and the fact it didn't feel like a 'standard' hospital put me at ease. 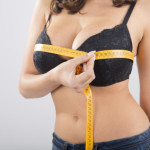 At first I had reservations about travelling abroad for cosmetic surgery, but after I had done plenty of research I felt quite confident about it. And it's only Belgium after all! I'm so glad I decided to go with Beau Care. I saved around £2000, compared to having it done in the UK, which is a massive amount of money for me. The morning I arrived at the clinic, I was impressed, it was soo clean and nicely decorated, and the fact it didn't feel like a 'standard' hospital put me at ease.

Dr Wim Danau performed my surgery, he was very reassuring on the morning of the operation, and I felt like I was in very capable hands. I would definitely recommend him. A couple of days after surgery I returned and was able to have my drains removed and my bandages changed. I am now 6 months post surgery, and I couldn't be happier with the results. I have no regrets, whatsoever. I couldn't recommend Beau Care enough. Please do get in touch if you have any questions at all, I know I felt it helpful to speak to people who had also been to Beau Care!