Certain women choose to have a breast augmentation following a pregnancy, weight loss or aging. A breast prosthesis can be a beautiful and permanent solution to those problems. The shape of the breasts is mainly determined by the skin elasticity and the relation between fatty tissue and glandular tissue. Breast implants imitate quite the shape of natural breasts.

A surgeon can insert a breast prosthesis in three different ways. A breast implant can be placed submuscular or subglandular or dual plane.

Each of these methods has its advantage and disadvantage, which will be discussed thoroughly during your first consultation. A breast augmentation is always carried out under general anesthesia and will take approximately one hour. You may return home the same day, but you should be accompanied.

Breast implants can be inserted in two ways : through the breastfold or through the areola

BREAST IMPLANT THROUGH THE BREAST FOLD

The incision in the inframammary fold is the most commonly used technique. Also bigger implants can be inserted this way. The scar, which is in the breastfold, will be nearly invisible.

IMPLANT THROUGH THE AREOLA

BREAST AUGMENTATION: THE PLACING OF A BREAST PROSTHESIS

Breast prosthesis can be placed in three ways:

THE BREAST PROSTHESIS UNDER THE MAMMARY GLAND (SUBGLANDULAR.)

THE BREAST PROSTHESIS UNDER THE PECTORAL (SUBMUSCULAR)

If the breast implant is placed under the muscle, it is covered with an extra layer of muscle. Thus there is less risk to feel the edge of the prosthesis. This layer puts pressure on the breast implant, which makes the round implant look more oval. Placing the implant under the pectoral reduces the risk of capsulare contracture. The recovery will take more time than with subglandular placing of the breast implant.

Read also more about the textures of breast implants.

” Are there any restrictions when using breast implants? “

The use of breast implants is advised against for patients who :

My name is Remie, I live in The Netherlands and I always wanted to make my breasts larger. My problem is that I have always had a great fear for hospitals. 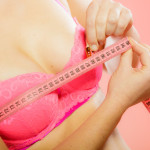 I had the impression that I was in a spa resort. It was very nice and the whole place was luxury and gave tranquility. At the back you can see a beautiful park. You think you are in a 5 star hotel and not in a hospital or clinic.

Dr. Wim Danau inspected my breasts. One breast was larger and the other smaller. He gave me the advice left 390cc and right 430cc. With round implants he thought this fits the best to me.

On February 17. I was at Beau Care to remove the stitches. This can also be done by your
local doctor or nurse.

I am very happy with my new breasts. They look great, well rounded and full. And left and right are the same size.

Read here all the review by Remie (PDF letter)