You are able to go home immediately after the otoplasty, though you are recommended to rest a few hours with your head lying higher than the rest of your body. The afterpains are usually not that bad. If necessary, you can take a normal pain killer like paracetamol.

Most people who had their sticking-out ears corrected go back to work after ten days. The first few weeks after the ear correction you should avoid heavy exertions and sports as an increase in blood pressure can cause unpleasant subsequent bleeding.

The auricle can be reddish, sensitive and swollen during the first weeks after the ear correction. These symptoms will gradually disappear. Since the incision was made at the back of the auricle you will only have a small, barely noticeable scar.

About two months after the ear correction you will see the definitive result.

Ear correction: before and after pics 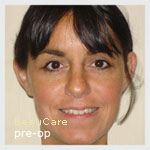 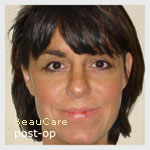 Here you can find pictures of ear correction